Home/Blog/Several authenticity tests
by Darius B 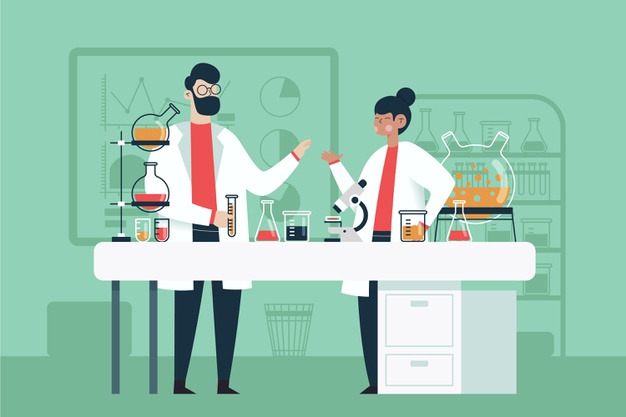 Amber is in such high demand that often people will try to sell fakes! Not easy to distinguish real amber from replica, but we have some tests you can preform, and hints to help you along the way. Some dealers are more preoccupied with high economic returns, rather than whether or not their resin is fossil or recent. Fortunately, there are tests that can be done to differentiate the two. The most deceptive and malicious dealers will try to impress uninformed prospective buyers as they spout all sorts of seemingly-impressive but irrelevant scientific garbage, ignoring the simple facts and obvious age differences in amber versus copal.

The rubbing of an amber stone against a natural material such as a silk or wool will enable it to attract light objects such as small pieces of paper or hair. This static electricity is the reason why amber used to be called "Electron" by the ancient Greeks. When the specimen tested is rubbed vigorously on a soft cloth, it will reveal whether it is amber or copal. Amber may omit a faint resinous fragrance while copal may actually begin to soften and become sticky. Amber will become heavily charged with static electricity.

Use 2 containers of fresh warm water and add 3 table spoons of salt, stir till salt dissolves. In salty water true Baltic amber will float, while in fresh beads will sink to bottom.

Can be used to distinguish between real amber and fake materials. Real amber is a conductor of heat. The test involves inserting a hot needle slowly into a discreet area of your amber stone. If it is genuine amber, the needle will not go in easily and you will smell a distinct aroma of burning pine needles. Fake amber will smell like burning plastic. The needle makes a mark on the surface, so choose a spot where it will not show. With copal the needle melts the material quicker than amber and omits a light odor. Amber does not melt. Heating amber will soften it and eventually it will burn. Heated rather below 200 C, amber suffers decomposition, yielding an "oil of amber", and leaving a black residue.

Some people will tell you of a "heated pin" test where a hot pin is touched to amber, releasing some of it''s aromatic incense-like, and characteristic smell. However, if you were to spark a lighter and take out a pin in a shop, you would certainly be chased out. This will leave a mark on the piece, which is undesirable.

Baltic amber possesses a hardness on Moha's scale in the region of 2 -3. An appropriate scratch stick will help in determining the number for each piece.

Taking a sharp knife to shave off a tiny piece of the amber will also help as proof. Real amber fractures and splinters, while plastic and polymers cut can be removed without splintering the piece.

Solubility of the piece may be tested, as copal will dissolve in acetone, while amber will remain unaffected when acetone is applied.

When passed through a short-wave Ultra Violet (UV) light, copal will show very little color change, while amber will fluoresce a pale shade of blue.

Tasting the amber is another way of knowing if it is authentic. After washing the amber in soapy water and then plain water, if the piece is made from plastic or other chemicals, it will have a very unpleasant and chemical taste. Amber does not have a particular taste.

Amber has inclusions of animals and plants. Correctly identifying the trapped flora or fauna will serve as an excellent indicator of the pieces authenticity. Most of the amber pieces have species that are now extinct, or that have significantly adapted to the new environment. Amber frequently has stellate hairs that are released by oak buds in their early growth. 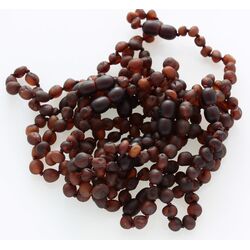 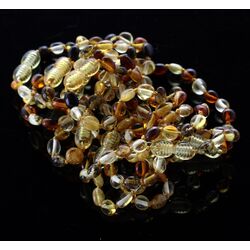 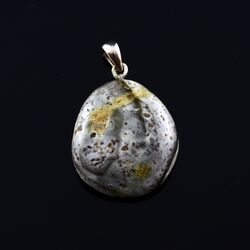 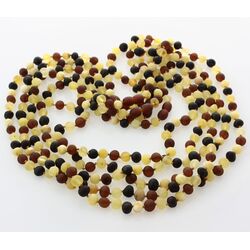 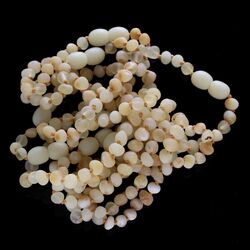 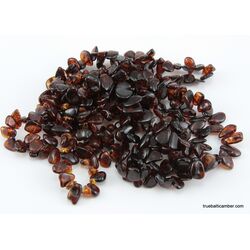 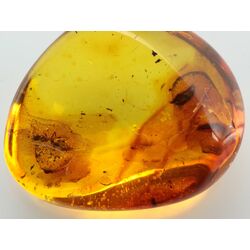 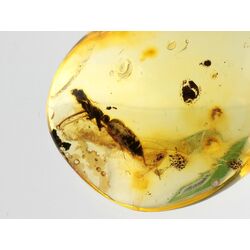 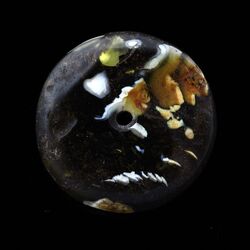 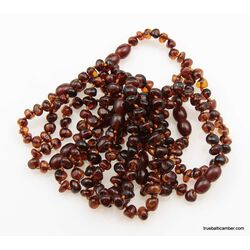 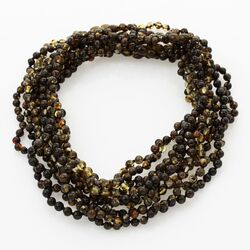 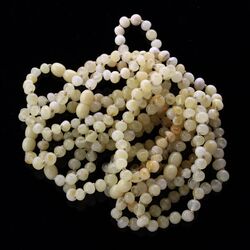